Cannabis, what is it?

Cannabis, or Marijuana, is a hallucinogen that contains a chemical called THC. This chemical is what changes the way you think, feel and act.

Cannabis, hashish and hash oil come from the cannabis sativa plant that grows all over the world. Cannabis is the dried flowering tops and leaves of the plant. Hashish is the sticky resin on the flower tops of the plant, and hash oil is made by mixing hashish with alcohol or other organic solvents.

Short-term effects of cannabis use

Long-term effects of cannabis use

Mixing cannabis with alcohol and other drugs, here’s what can happen:

Cannabis has a lot of nicknames. Find each nickname in the word search below: 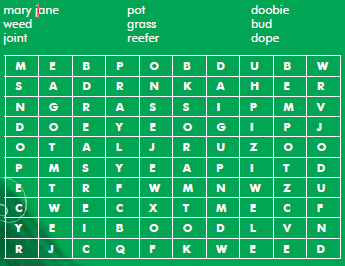 Want more information about cannabis and its effects? Check out this comic 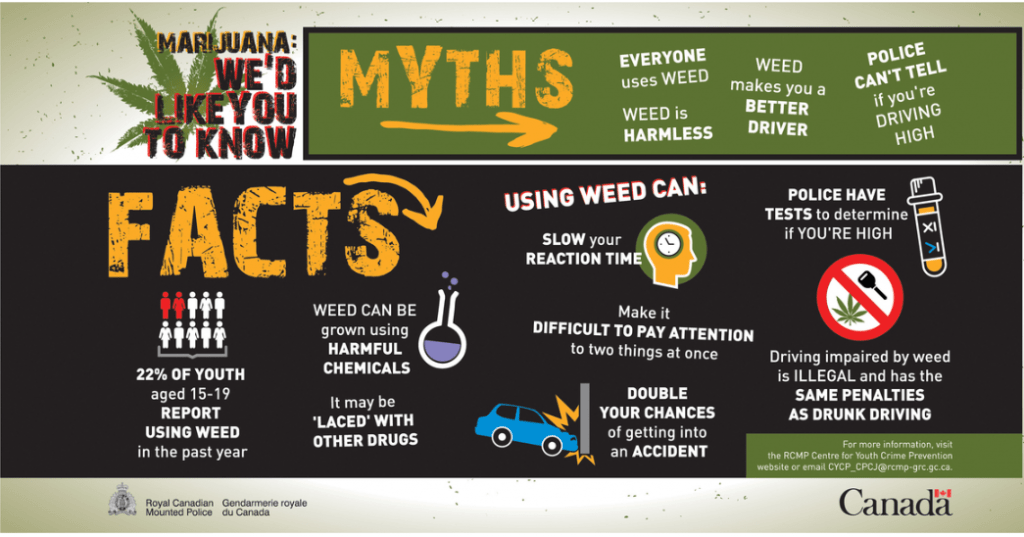 Need to talk? Checkout some of the resources below that are ready and willing to help.