What is West Nile virus?

West Nile virus is a virus mainly transmitted to people through the bite of an infected mosquito. Mosquitoes transmit the virus after becoming infected by feeding on the blood of birds which carry the virus.

Most people infected with the virus have no symptoms or they have flu-like symptoms, such as fever, headache, body aches and fatigue. Sometimes though, the virus can cause severe illness, resulting in hospitalization and even death. Symptoms usually develop between two and 15 days after being bitten by an infected mosquito.

The chances of getting West Nile virus from an infected mosquito are low. While anyone can become infected with West Nile virus, the risk of severe illness increases with age. The risk of becoming infected is greatest during mosquito season. In Canada, this can start as early as mid-April and last until the first hard frost in late September or October.

How can you protect yourself and your family from mosquito bites and West Nile virus?

Use insect repellent when outdoors.

Clean up and ruin a mosquito’s love life. 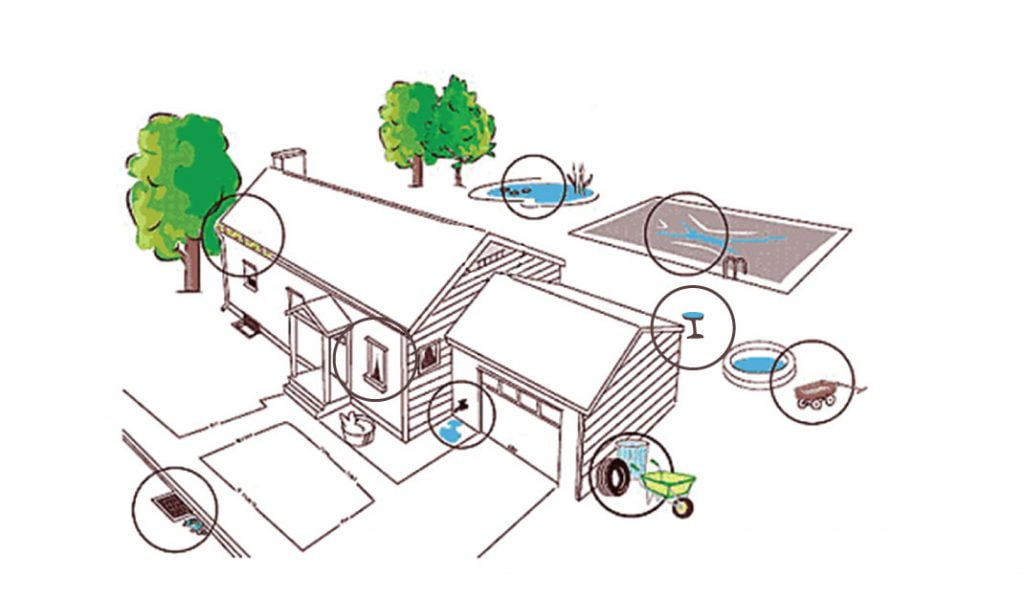 Infection occurs through the bite of an infected mosquito. The virus itself is maintained in nature through a cycle between various mosquito species and birds. The birds are amplifying hosts, developing sufficient viral levels to transmit the infection to other mosquitoes which then go on to infect other birds and humans. In the Western Hemisphere the American robin and the American crow are the most common carriers.

Similar to Eastern Equine Encephalitis virus (EEEv), the amount of virus found in nature increases throughout the summer as more birds and mosquitoes become infected. Humans, horses and other infected mammals are considered dead-end hosts as they do not circulate enough virus within their blood to infect additional mosquitoes. Horses can and should be vaccinated against EEEv and WNv. 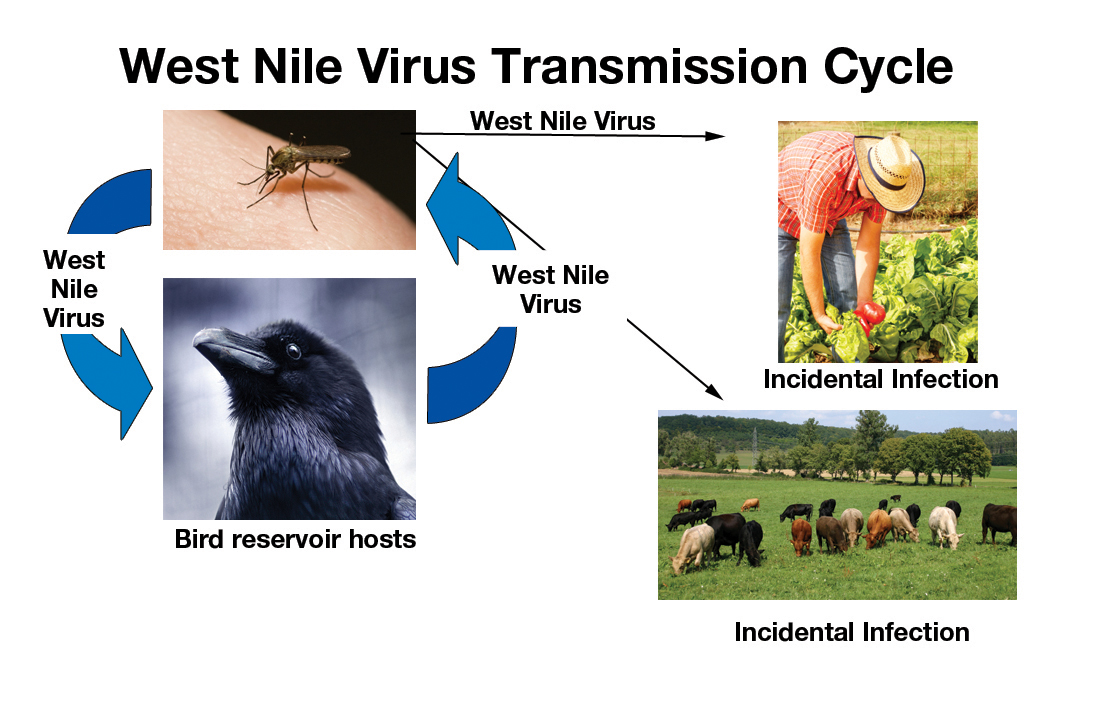 There are three stages of West Nile virus infection. The table below gives a brief description of each stage.

People at higher risk for serious health effects due to becoming infected with West Nile virus include:

Unfortunately, there is no vaccine and no specific treatment for West Nile virus. Serious cases usually require supportive treatment to ease symptoms and prevent secondary infections. These cases may require hospital or nursing care.

Always follow the product’s instructions. Apply repellent to skin and clothing while avoiding open cuts, wounds, sunburned and/or irritated skin. Avoid breathing repellent in and if it gets in your eyes, rinse with water immediately. Avoid applying to children’s hands, face and eyes. Avoid prolonged use and wash repellent off daily.

The Health Unit’s comprehensive WNv program in Haldimand and Norfolk has been in place since 2000. Currently, the program involves human surveillance, mosquito surveillance, wildlife surveillance, larval mosquito surveillance and control as well as public education. These components enable the Health Unit to monitor WNv activity in order to determine the potential risk to human health in the area and act accordingly when and where necessary. However, public education will continue to be the cornerstone of the Vector-Disease Program in order to empower the public with the knowledge it requires to protect itself from WNv, Lyme Disease and EEEv.

Results regarding local and provincial surveillance measures can be found below.