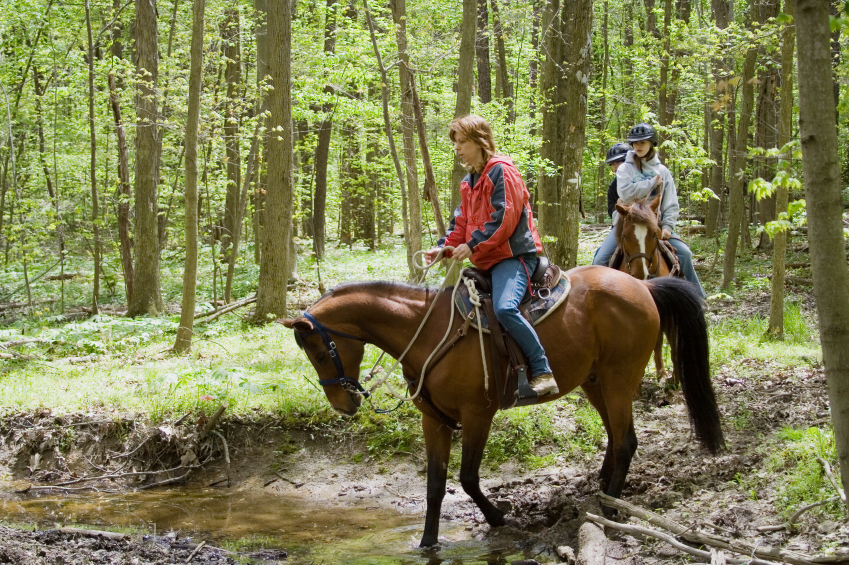 Also known as sleeping sickness, Eastern equine encephalitis virus (EEEv) is a zoonotic virus found in North, Central and South America as well as the Caribbean. In particular, transmission is most common around freshwater, hardwood swamps and coastal plains including the Great Lakes region as well as the Atlantic and Gulf Coast states. In Ontario, EEEv has been found in horses that reside in the province or have become infected while travelling.

How is Eastern equine encephalitis transmitted?

The Eastern equine encephalitis virus (EEEv) can infect a wide range of hosts including mammals, birds, reptiles and amphibians. Infection occurs through the bite of an infected mosquito.

Transmission of EEEv to humans requires mosquito species capable of creating a “bridge” between infected birds and uninfected mammals. Other species of mosquitoes (including Coquiletidia perturbans, Aedes vexans, Ochlerotatus sollicitans and Oc. Canadensis) become infected when they feed on infected birds. These infected mosquitoes will then occasionally feed on horses, humans and other mammals, transmitting the virus. However, humans, horses and other infected mammals do not circulate enough of the EEE virus within their blood to infect additional mosquitoes, so they are considered Ã¢â‚¬Ëœdead-end hosts’.

Transmission is most common around freshwater, hardwood swamps and coastal plains including the Great Lakes region as well as the Atlantic and Gulf Coast states. In Ontario, EEEv has been found in horses that reside in the province or that have become infected while travelling.

Similar to West Nile virus (WNv), the amount of virus found in nature increases throughout the summer as more birds and mosquitoes become infected. 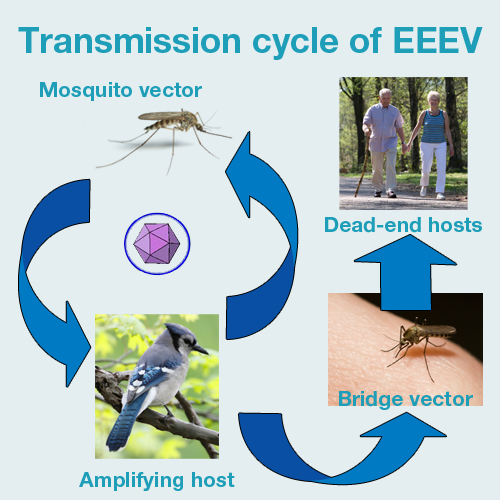 One of two types of illness can result from EEEv infection, systemic or encephalitic (EEE).

Unfortunately, there is no specific antiviral treatment for EEEv infections to date. Suspected cases should be hospitalized, appropriate serologic and diagnostic tests ordered, and supportive treatment provided. Infection is thought to provide life-long immunity against re-infection.

Similar to WNv, the best method to prevent EEEv includes protecting yourself from mosquito bites and reducing mosquito breeding sites. Horses can and should be vaccinated against EEEv and WNv.

To reduce the risk of being bitten by mosquitoes:

The best way to keep mosquitoes away from your home is to clean up breeding areas:

Always follow the product’s instructions. Apply repellent to skin and clothing while avoiding open cuts, wounds, sunburned and/or irritated skin. Avoid breathing repellent in and if it gets in your eyes, rinse with water immediately. Avoid applying to children’s hands, face and eyes. Avoid prolonged use and wash repellent off daily.

Although sporadic, horses have been diagnosed with EEE in Ontario. In 2009, two horses in Haldimand County tested positive for EEE. Fortunately, no human cases have ever been identified in Ontario.

In conjunction with WNv mosquito surveillance, the Haldimand-Norfolk Health Unit has also initiated a secondary adult mosquito-based surveillance program focused upon Culiseta melanura, Coquillettidia perturbans and other species that carry EEE. This program will help the health unit with decision-making on control strategies as well as building a historical entomological database around EEE.